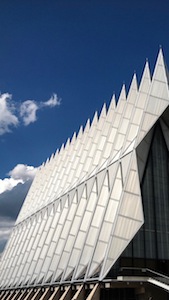 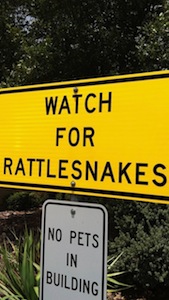 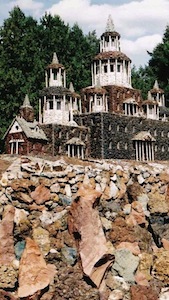 Travel Guide
& NarrowMaps
of the West 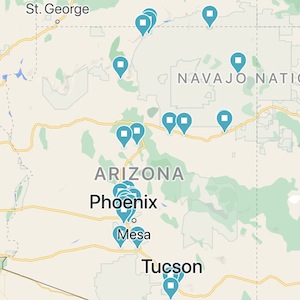 The "Million Dollar Highway" (U.S. 550) from Silverton to Ouray - it's not for the faint of heart or fans of guardrails, but you will never regret the experience.
near Beulah - Bishop Castle
15 miles west of Denver - Bono may not be there waving flags (if we're lucky), but even an empty Red Rocks Ampitheater will leave you amazed at the handiwork of the CCC, the WPA, and God.
Trinidad - This longtime art car fan has a new pilgrimage destination: Art Cartopia!!! 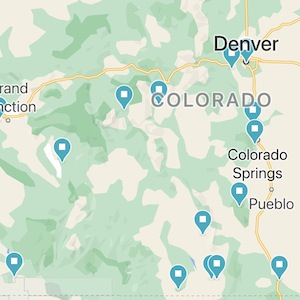 between Arco and Carey - Craters of the Moon National Monument 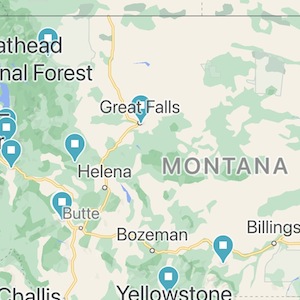 Abiquiu - The Dar al-Islam Foundation Islamic Center by Egyptian architect Hassan Fathy. (We'd be a little bit better off if more architects had studied ol' Hassan).
Aztec - Aztec Ruins National Monument
between Carrizozo and Socorro - Trinity Site, where J. Robert Oppenheimer became Death, the Destroyer of Worlds. (Open only once a year on the first Saturday of April.)
between Datil and Magdalena - the VLA (Very Large Array) Radio Telescope
south of Nageezi - Chaco Culture National Historic Park
somewhere near Quemado - "Pointy stainless steel poles, spaced 220 feet apart, in a grid one mile by one kilometer? What is that??" It's Walter De Maria's Lightning Field, and it's transcendent. 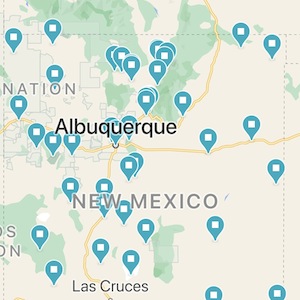 along Highway 101 - The Oregon Coast bridges
Astoria - Have you ever wondered what was the "world's largest memorial tower made of reinforced concrete with a pictorial frieze in a sgraffito technique"?? Well here ya go, it's the Astoria Column.
Mt. Angel - Mt. Angel Abbey Library: one of only two buildings in the U.S. by one of the gods of modern architecture, Alvar Aalto.
Portland - The Ira Keller Fountain; by one of America's premier landscape architects, Lawrence Halprin. (Actually designed by Angela Danadjieva of Halprin's staff). It may be packed with tourists and other humans, but it's a must see.
Portland - Before Mies van der Rohe's Seagram Building, before SOM's Lever House, The Equitable Building, designed by Pietro Belluschi, was the first sleek & seamless "glass box" office tower in the U.S. It now goes by the name of the Commonwealth.
Portland - "...Let's meet in the city where / the rivers cross, bridges there / Let's float down into the stream / of rich and poor pioneers." - Carrie, Corin, & Janet
Portland - Marilyn Moyer Meditation Chapel. Perhaps a bit too slick, kinda bank-lobby-ish, but well worth a visit.
Portland - In a city of books, The City of Books: Powell's. (The Burnside Street location is said to be the world's largest bookstore.)
southwest of Redmond - You'll probably make a wrong turn or two, but it's worth it: The Petersen Rock Gardens.
Silverton - Moved from its original location and relocated adjacent to the beautiful Oregon Garden, Frank Lloyd Wright's Gordon House has been restored and is now open to public. 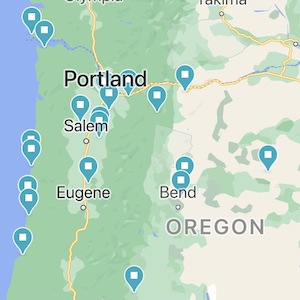 The National Parks of course.
30 miles north of St. George on State Highway 18 - Monument to the Mountain Meadows Massacre of 1857.
Salt Lake City - Rem Koolhaas' Seattle library will get much more press, but Moshe Safdie has given Trendy Remmy a run for his money: the new Salt Lake City Central Library.
Salt Lake City - A visionary art environment in downtown Salt Lake City?? Yep, historic Gilgal Garden has been restored and reopened as a public park. 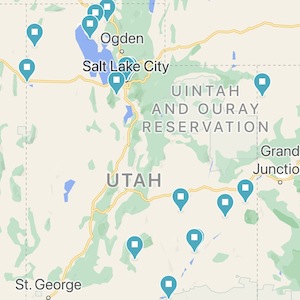 Bellevue - Steven Holl can be a very uneven architect; sometimes he gets it right (see Seattle below), sometimes not. I'll just have visit in person to see for myself; The Bellevue Art Museum.
Seattle - Architect Steven Holl's Chapel of St. Ignatius at Seattle University - perhaps the best work of architecture of the 1990's in the U.S.
Seattle - When completed in 1914 it was one of the tallest buildings in the world outside of New York; The Smith Tower remains a beloved Seattle landmark. Don't miss the 35th floor observation deck.
Seattle - I've always been underwhelmed by architect Rem Koolhaas (*) and his giant doorstop books, but I will check it out someday: the new Central Library. (* Or is it Joshua Prince-Ramus??) In the meantime, ponder on this critique.
Vancouver - What you won't find here is The Rainbow House. The city thought it was an eyesore and destroyed it. Nice foresight there, Vancouver. Way to go. 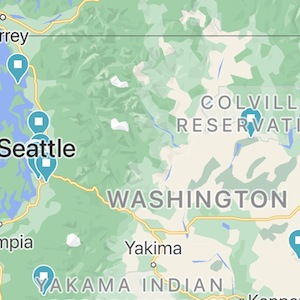 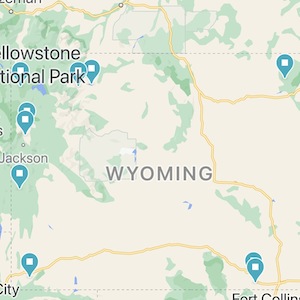