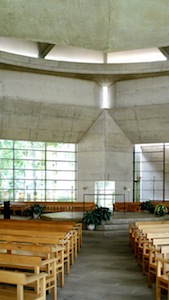 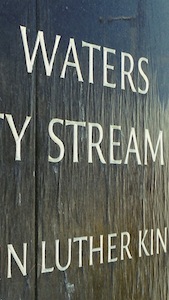 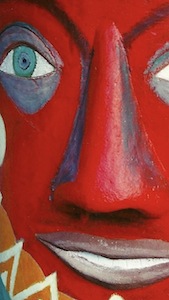 Travel Guide
& NarrowMaps
of the South

Cullman - The Ave Maria Grotto (fork art environment)
Florence - Restored and opened to the public in 2002, the Rosenbaum House is considered one of Frank Lloyd Wright's best Usonian designs.
Montgomery - A pilgrimage: The National Memorial for Peace and Justice
Montgomery - The Civil Rights Memorial at the Southern Poverty Law Center (by Vietnam Memorial designer Maya Lin)
Talladega - Hale Woodruff's murals at Talladega College
Tuskegee - The Tuskegee University Chapel; one of the finest works by the modernist architect Paul Rudolph. (The graves of Booker T. Washington and George Washington Carver are adjacent to the chapel.) 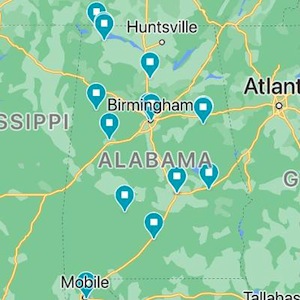 Bentonville - If you don't wanna go to a Walmart, then don't go to a Walmart. But do go here: Crystal Bridges Museum of American Art. (And opened in 2015, relocated from New Jersey to Arkansas, Frank Lloyd Wright's restored Bachman-Wilson House.)
Bentonville - And when you do visit Crystal Bridges, stay at my favorite chain of art hotels: The 21C Museum Hotel.
Eureka Springs - E. Fay Jones' masterpiece: Thorncrown Chapel
Little Rock - I wasn't the biggest fan of Bubba C (although compared to who immediately followed...), but I am a huge fan of architect Jim Polshek, and his William J. Clinton Presidential Center is near perfect. Here are a few of my pics.
North Little Rock - Dionicio Rodriguez's faux bois masterpiece: Old Mill Park. 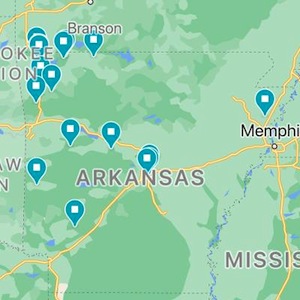 Homestead - Coral Castle. Folk Art Environment Trivia #3: Billy Idol wrote a song about Coral Castle.
Miami - One of the best (and only) examples of expressionist architecture in the United States, Temple Israel's Sophie and Nathan Gumenick Chapel.
Seaside - I felt kinda uncomfortable the one time I visited Seaside, and I've never been quite convinced about New Urbanism, but I do admire the simple, crisp elegance of the Seaside Interfaith Chapel by Merrill and Pastor Architects. (now Merrill, Pastor & Colgan.) Who knows, I may even have to revisit the town, give it a second chance.
West Palm Beach - The preserved home, studio, and beautiful garden of modernist sculptor Ann Norton: Ann Norton Sculpture Gardens.
Windsor (8 miles north of Vero Beach) - My theory is that architect Leon Krier is the separated-at-birth, opposite-end-of-the-spectrum twin brother of the king of pretentious archi-fools, Peter Eisenman. That being said, I have to say that someday I'd really like to visit Krier's crazy little birdhouse-looking chapel-that's-not-a-chapel Windsor Village Hall. (NOTE: Windsor Village is a la-de-freaking-da private development, so you have to know someone to visit. Good luck with that.)
Winter Park (suburban Orlando) - The Charles Hosmer Morse Museum of American Art contains the world's largest collection of the work of Louis Comfort Tiffany, including the restored Chapel for the 1893 Columbian Exposition. 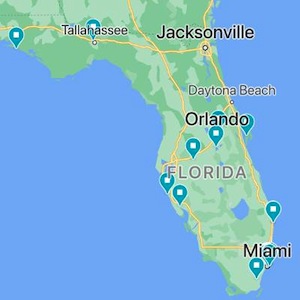 Atlanta - The Fox Theater (see Detroit & St. Louis for more Foxes)
Augusta - One of the legendary lost masterpieces of Texas architecture . . . still exists in Augusta. Whazzat you say?? Yep, Galveston's Sacred Heart Cathedral, which was designed by the great Nicholas J. Clayton and destroyed by the 1900 hurricane, had a twin built in Georgia. The story is that a Jesuit brother who worked with Clayton on the lost Galveston cathedral reused the plans for the Augusta church, without Clayton's permission. And here's the final twist; the church exists, but doesn't - it was decommissioned in the 70's and today is open as the Sacred Heart Cultural Center.
near Buena Vista - Pasaquan - a legendary, world-class folk art environment; one of the most stunning AND spooky places you'll ever see.
Savannah - The carvings of folk artist Ulysses Davis at the Beach Institute. 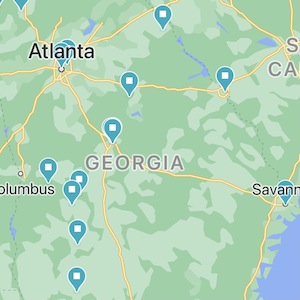 Abita Springs - The South's über-roadside attraction: artist John Preble's indescribable UCM Museum.
Baton Rouge - The Old State Capitol Building; nearly torn down by Huey Long, but thankfully it was saved and has been recently restored. The interior kicks it.
Baton Rouge - The best work of American architecture since 2000?? I say it just might be this: St. Jean Vianney Catholic Church, a timeless and sublime contemporary church in suburban Baton Rouge.
Baton Rouge - Could it be Bilbao on the Mississippi?? The new Shaw Center for the Arts.
Chauvin - Yet another legendary folk art environment: the sculpture garden of Kenny Hill.
near Livingston - When you think of Louisiana, you can now think of groundbreaking scientific discoveries. One of the two joint US facilities that detected the existence of one-billion-year-old gravitational waves (as Einstein had already predicted 100 years earlier), the LIGO observatory offers public tours on Saturdays. 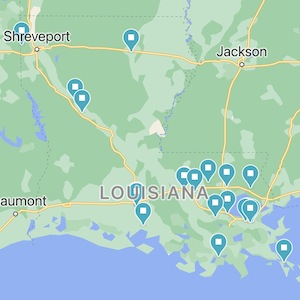 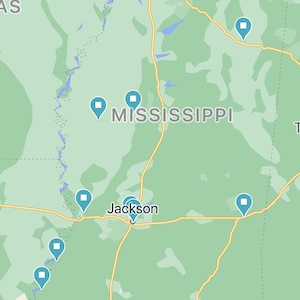 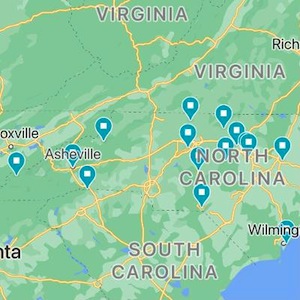 Charleston - The she-crab soup at Hyman's Seafood Co. Restaurant
near Charleston - One of the very best buildings to come out of that decade of architectural disasters, the 1980's: The Middleton Inn by architects Clark & Menefee.

Clinton - Two sublime lessons from Maya Lin: the Langston Hughes Library and the Riggio-Lynch Chapel at the CDF Alex Haley Farm.
near Franklin - The Natchez Trace Parkway Bridge over Route 96
Memphis - The Metal Museum
Nashville - Sure looks like it was a whole lotta fun: artist Red Grooms' Tennessee Fox Trot Carousel, in storage for years, hopefully coming back soon.
Nashville - I got goosebumps when I walked in. "The Mother Church of Country Music", The Ryman Auditorium.
Nashville - Said to be one of the largest and best preserved examples of the very-rare Egyptian Revival Style; architect William Strickland's Downtown Presbyterian Church.
Nashville - William Edmondson was one of the finest sculptors of the 20th Century, and among the first self-taught African-American artists to receive recognition by the "art world". The Cheekwood Museum of Art holds the largest collection of his work. (While at Cheeckwood, don't miss the sculpture garden.)
Nashville - Yes, you can fly to Athens and see a pile of moldy ruins. Or... you can save your money and see something newer and much more tidy: The Nashville Parthenon.
Nashville - Now a beautifully restored luxury hotel, the Richardsonian Romanesque Union Station was one of the grand train stations of its era.
Nashville - It's more than a country music poster, it's art: The Hatch Show Print Shop. 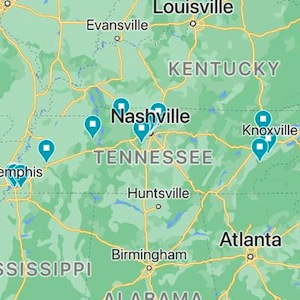 Alexandria - Learn about The Mystic Order of Veiled Prophets of the Enchanted Realm, the Grand Encampment of Knights Templar, and other such freemason stuff at the George Washington Masonic National Memorial.
Charlottesville - raised aloft, facing west, it's The Academical Village of the University of Virginia, by that contradictory genius, T. Jefferson.
Roanoke - Train pictures?? No, it's photographs of America by an artistic genius: The O. Winston Link Museum. 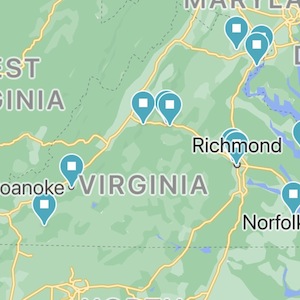