So are there books available with those spiffy NarrowLarry photos??

* Yep, there are NarrowPhotos in my favorite book of recent memory, Detour Art by Kelly Ludwig. (I'm not just saying that because the author is a pal.) 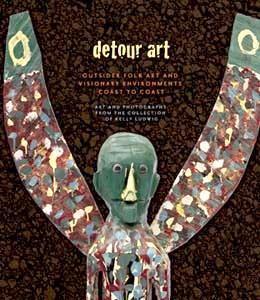 * An outstanding book, Rare Visions & Roadside Revelations, is available with dozens of my amateur snapshots of folk art environments. Your purchase will greatly benefit Mike, Randy, & Don, my under-funded Public TV friends in Kansas City. (Yes, that would be Mike Murphy and Randy Mason of KCPT, the National Emmy Award-winning producers of the Best Documentary Film of 2004.) 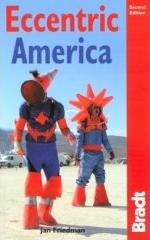 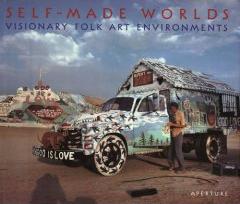 * And then there's quite a few in Mark Moran & Mark Sceurman's fun Weird U.S. series. (Photography Contributor's Disclaimer: I don't really think of folk art environments as "weird", but I suppose that the title "Life-Affirming U.S." isn't quite as snappy.) 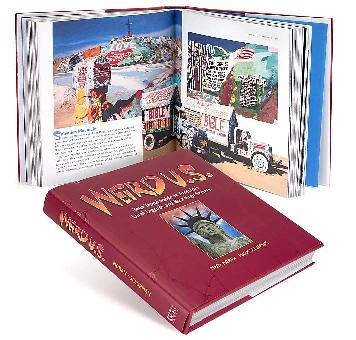 I would pay tens of dollars for a print of
one of your spiffy NarrowPhotos, can I buy one??

* Detour Art Company - Jane of the fantastic "Jane's Addictions" website has passed the torch on to Kelly "Queen o' Design" Ludwig of Kansas City. Kelly does the graphic designs for my favorite PBS series . . . .

* Sad Tomato.net - any site that features Vollis Simpson, Leonard Knight, and has a Yo La Tengo link is a good thing.

* The Joy of Shards - an excellent British site that focuses on the art of mosaics. (La Maison Picassiette is featured.)

* Look under the architecture section below for ArchiLibre.

* the environmental organic visions of Clifton Schooley and Associates, as delineated by my friend Karl Andrew.

* archidose.com ("A Weekly Dose of Architecture") - a fine site with the latest news in the world of architecture.

* Are you a souvenir buiding collector? These are the best: InFocusTech.com.

* A wonderful French website on vernacular and visionary architecture: ArchiLibre.

* "The Mekons. Always the Mekons" - Jonathan Franzen
* it's the best (retired / on hiatus) rock n roll band of the 21st century, sleater-kinney.
(Inspirational S-K lyric: "I'd like to show you a million things / I'd like to make the world for you a better place.")
* it's my favorite (non-retired) rock n roll band of the 21st century, rilo kiley.
* the pride of Oklahoma City, the flaming lips.
* the mighty bob.
* the official bob website. (Dylan lyric for the millennium: "Well God is in his heaven / and we want what's His / But power and greed and corruptible seed / seem to be all that there is.)
* this one (was) better than ever: guided by voices
* the pride of Hoboken, yo la tengo
* neko case
* sonic youth
* polly jean harvey
* and jill sobule

* Indiana artist Tom McKee describes his work as "a self-indugent blend of Sci-Fi and True Romance" (with a bit of Late Gothic). Check out the mesmerizing black and white world of Lester, Berta and Porbetta.

* Why Life Is Good Reason #4: Mr. Imagination and his art.

* Across Iceland, across Greenland, and beyond the Infinite: The landscapes of Sigrid Sandstrom.

* A photographer with an eye for detail that Mies and Lou Kahn would admire: Jim Laser.

* The next time you're flying over Minnesota at night, first find the twin glow of the twin cities, then look about 40 degrees west by northwest. Don't be alarmed by the electric arcs and fireworks emanating from the town of St. Cloud; it's only the excess energy from the home of Ted & LaVona Sherarts, your one-stop shopping place for photography, mail art, art history and conjunto music. Here is a photographic diary of their voyage to South Dakota.

* Although it may not seem apparent at times, humane building and craft is still very much alive: the projects of Sajjad, an artist in wood.

* More than a website, it's a documentary: World's Largest.com - Filmmakers Elizabeth Donius and Amy Elliott's guide to Big American Stuff, from 40-foot pheasants to 15-foot strawberries. (Look for the doc in early 2005.)

* Roadside America.com - one of my favorite sites, a guide to all that is wild and wacky in these united states

* GORP.com - a guide to outdoor adventure in the U.S.

* archidose.com ("A Weekly Dose of Architecture") - a fine site with the latest news in the world of architecture.

* Are you a souvenir buiding collector? These are the best: InFocusTech.com.

* A wonderful French website on vernacular and visionary architecture: ArchiLibre.

* Metacritic Film - reviews of cinema both current and past from major film critics.
* Combustible Celluloid

give your money away...