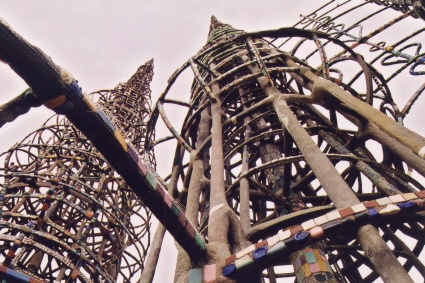 It has been called the finest example of a folk art environment in the world as well as the largest single artwork ever created by one person. In 1921, in the Watts district of Los Angeles, a poor Italian immigrant named Sabato (Simon) Rodia purchased a small house on a triangular piece of property and soon starting building one of the world's most unique creations. For the next 33 years and without assistance, Rodia constructed sculptural towers and embellished walls using bent steel rebar, wire mesh, cement, and thousands of pieces of broken tile and pottery. He made many major modifications through the construction, even rebuilding entire towers. In 1955, with the two tallest towers standing nearly 100 feet tall, Rodia left the home, property, and his towers to a neighbor and moved to Northern California.

Four years after Rodia left Los Angeles, the Los Angeles Building Department made plans to demolish the "pile of junk". A group of concerned citizens, the Committee for Simon Rodia's Towers in Watts, organized to prevent the destruction. In a court hearing on the fate of the towers, the committee volunteered to conduct a loading test on the towers. In October 1959, with over a thousand people looking on, a force equal to a sustained 80 mile per hour wind was applied to the tallest tower. The steel beam of the testing apparatus began to bend but the tower did not. The test was stopped, the crowd cheered, and the Towers survived.

The Watts Towers are today owned by the State of California, managed by the city of Los Angeles, and preserved by the Los Angeles County Museum of Art (LACMA).

"...with leftovers from his daily bread, he created a sculptural garden. Hail to the innocent Gaudi of California, who destroyed the myths of Disneyland and movieland in a swift, isolated competition." - sculptor Gio Pomodoro 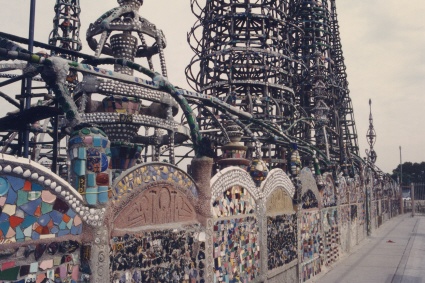 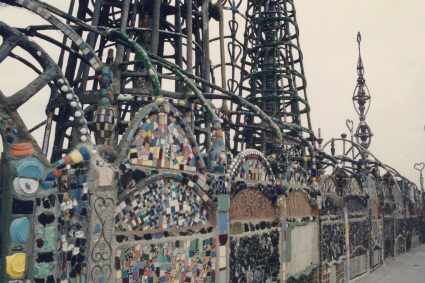 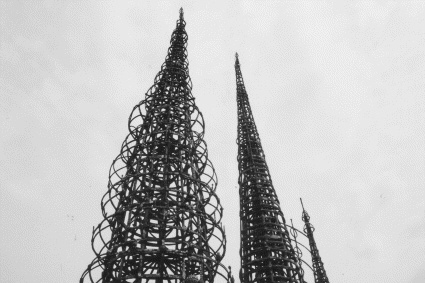 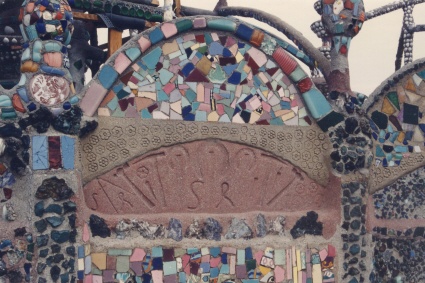 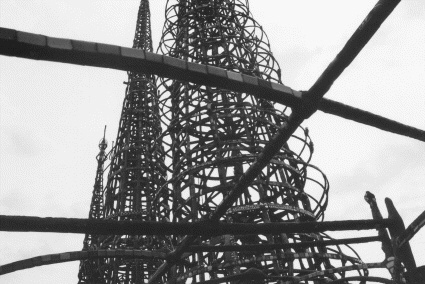 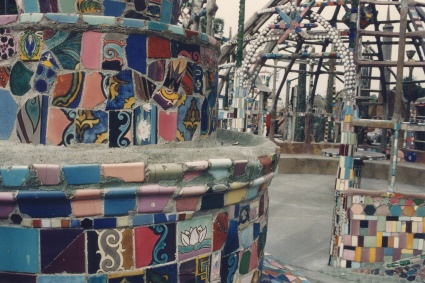 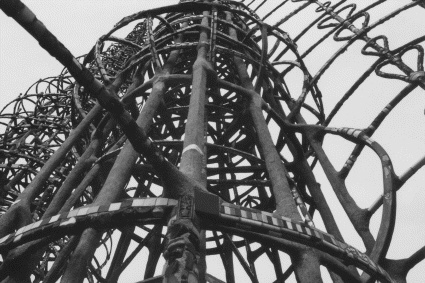 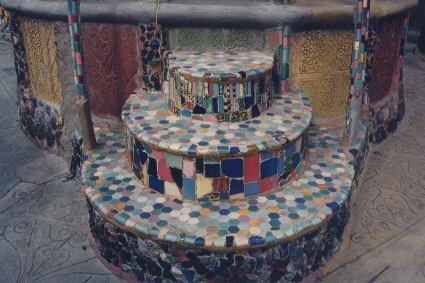 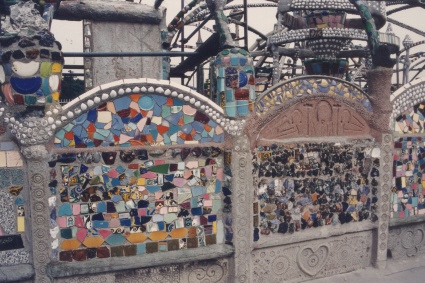 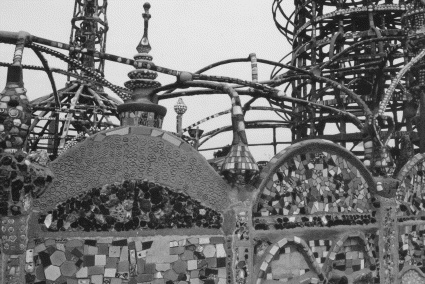 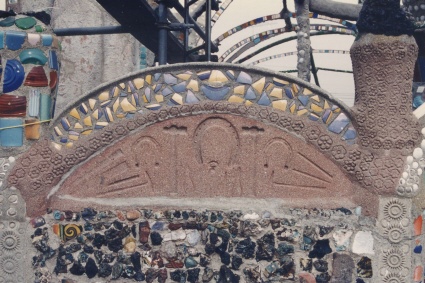 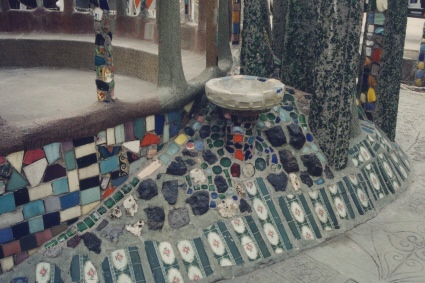 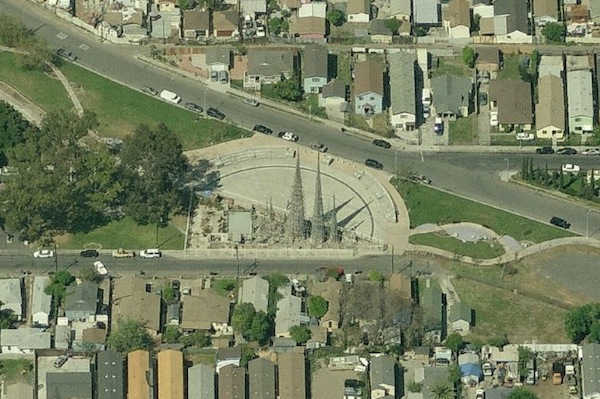 satellite view from the internet 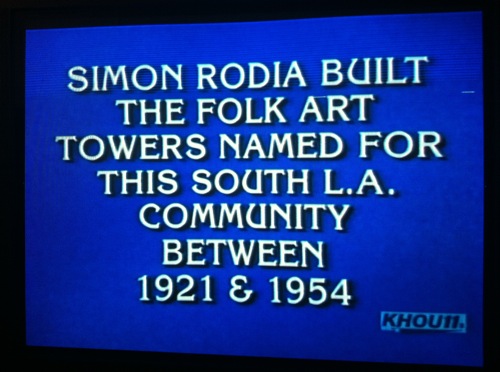 And as seen on Jeopardy !!! 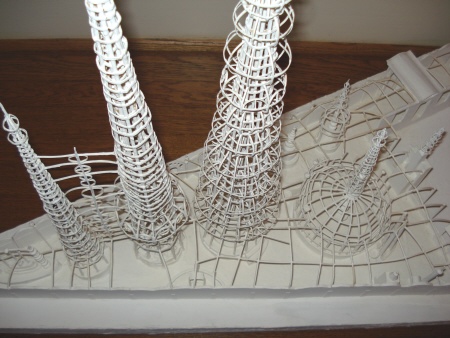 continue to my scale model
of the Watts Towers

all photos copyright Lawrence Harris, except where noted


back to Selected Visionary Folk Art Environments in the U.S.